After sifting through the information on the varied diet choices of traditional cultures, let's compare the key characteristics between traditional diets and our modern western diet so that we can see the big differences between the two: 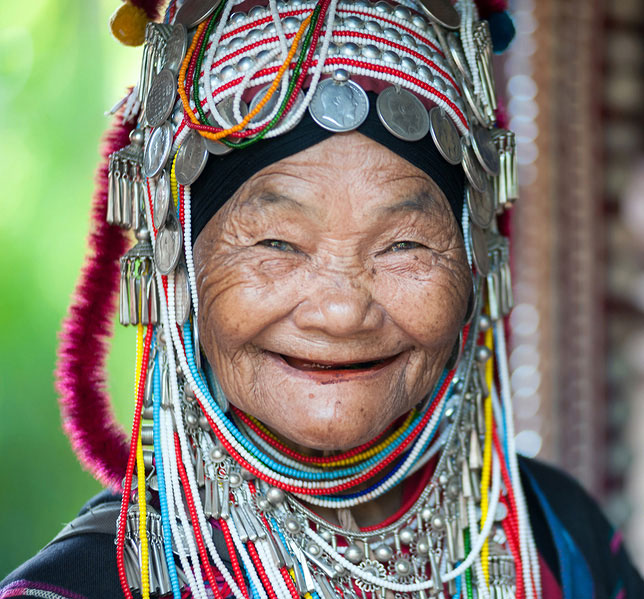 What is clear is that their diets varied tremendously:

The diets of traditional cultures...

No refined or denatured foods

Animals foods were eaten whole
This included all the organ meat.  Fish were prepared whole, as were chickens and other fowl (including the back, neck, and feet).

Traditional cultures used the bones of the animals they ate
The bones were typically cooked in broth.  Bone broth supplied calcium and other minerals in a form easy to assimilate and which helped build healthy cartilage.  The bones also helped supply gelatin to aid with digestion.  Check out our recipe for bone broth!

Diets were much higher in minerals, calcium, and fat-soluble vitamins

No matter what traditional foods were eaten, the diet was extremely dense in nutrients - the opposite of the standard American diet.  Primitive diets contained 4 times the calcium and other minerals, and 10 times the fat-soluble vitamins A and D of the modern American diet.  Sources of Vitamins A and D are primarily from seafood, grass-fed land animals, insects, egg yolks, liver, organ meats, butter/cream, and animal fat.

Extensive laboratory studies have shown that most people cannot absorb more than half of the calcium and phosphorus from supplements.  This is not only because they are difficult for the body to digest, but also because the amounts absorbed depend directly on other substances such as fat-soluble vitamins.  This is one of the reasons that many people are unable to utilize synthetic mineral supplements in our body, because we are deficient in the fat-soluble activating substances needed for making these minerals available to the human system.

Learn more about:
-  When to use supplements & which ones to avoid
-  Synthetic (common) vs. natural supplements
The Body Healer Protocol...

Even though we may have minerals in abundance, they do us no good if the body cannot utilize them because of a lack of fat-soluble activators.(2)   Atherosclerosis is a build-up of calcium in the arteries, in part due to a lack of proper absorption.

Both cooked & raw foods were eaten

Raw dairy is filled with important enzymes that helps us appropriately predigest it, and which are destroyed by pasteurization.  The healthy human body lives in a symbiotic relationship with many microorganisms that are killed in pasteurization.  These bacterial organisms help us digest and assimilate our food, and protect us against toxins.  The absence of food enzymes forces the body to produce these missing enzymes, over time directly affecting the health and longevity of these organs.

These foods were soaked, sprouted, fermented, or naturally leavened.  This proper preparation makes seed foods more digestible and their nutrients more available due to:

When it comes to soy, traditionally prepared soy is very different to the synthetic and highly processed soy of today, in both its preparation and the minute quantity eaten.  Asians ate very little soy - on average 2 tablespoons per day or less.  The phytic acid (which blocks the absorption of calcium, magnesium, iron, copper, and especially zinc), and the protease inhibitors (which block protein digestion and can cause swelling of pancreas) are removed when soy is fermented.  But most of the soy in food today is not fermented.

When animals are given soy products, reproductive problems, infertility, thyroid disease, and liver disease (due to dietary intake of isoflavones, which are plant-type estrogens) have been observed in several species of animals including mice, rats, birds, cheetahs, quail, sheep, pigs, marmoset monkeys, and sturgeon.

Traditional foods contained a healthy omega-3 to omega-6 ratio.  Most of our diet today is high in omega-6, which causes an imbalance at the cellular and hormonal level.  Due to the way poultry is raised and the processed diet they are fed, today, supermarket eggs have about 20 times the amount of omega-6 content to omega-3.

Learn more about what omegas are & the best sources:
The Body Healer Protocol...

All diets contained some salt

Mined salts, sea salts, burned sodium-rich marsh grasses, and salt from the blood and urine of animals were all used.  Traditional cultures understood that salt was needed for many bodily functions, healthy and natural salt full of trace mineral content.  Modern, refined table salt is now used in much larger quantities, has been stripped of all the trace minerals, and instead contains aluminum-based additives.

Specialty foods were fermented or specially prepared and given at key times in life, such as to pregnant women, nursing women, infants, and children.  Instinctively, traditional cultures understood that during periods of intense growth, the body benefited from these foods.