The FDA - Failure On A Mass Scale

The FDA - Failure On A Mass Scale

The Role of the Federal Drug Administration (FDA)

The FDA is responsible for approving and regulating food, drugs, supplements, and any other products that could be harmful to our health.  But the truth is, far from protecting that health, the FDA has clearly shown a conflict of interest when it comes to maximizing the profit of the food and pharmaceutical giants instead of protecting the health and welfare of the American people.

According to the World Health Organization, the contamination of our food by dangerous chemicals has become a worldwide public health concern, and is even the cause of trade problems between countries who have banned some of these chemicals: 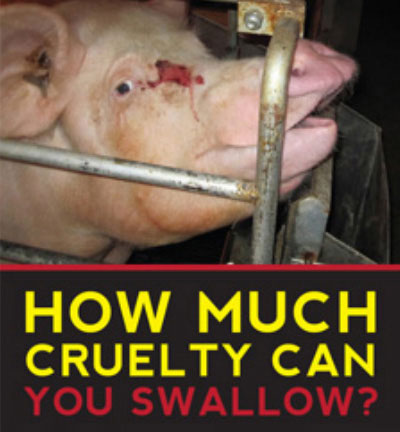 Factory-farming is an illegal practice in other civilized countries such as Europe, Australia, and New Zealand.  This practice involves the extremely cruel and inhumane treatment of animals, uncovered time and again by courageous whistle-blowers and welfare organizations working hard to expose this highly unethical business.  ...Read more

Not only is factory farming in the US inhumane, it has created a meat chain that directly contributes to chronic disease:

Studies have conclusively shown that pesticides in our food are linked to serious health concerns, including:

What the health studies show...

What the health studies show...

The biggest food recall in history was the result of melamine-contaminated food from China.  This tragedy resulted in the recall of 60 million dog food units in 95 different brands.  It caused thousands of pets to die of kidney disease, 294,000 kidney-related illnesses in infants, and 6 infant deaths.  The widespread outrage also triggered a congressional hearing.

This is far from the only food recall on Chinese products.  There are very serious concerns when it comes to China and food safety, and far from being proactive in protecting the American public, the government has taken a very lax approach.  ...Read more

The general public trusts that the government will do all it can to protect their pets from dangerous pet foods and treats on the shelf.  This is far from the case.

For more details on these disturbing FDA policies, visit the FDA website:

Millions of Americans become seriously ill from the toxic reactions of both correctly and incorrectly prescribed medications that are FDA approved.